How Can Balloons in a Box be an Apology Gift

Apologizing is a brave act that requires courage and admittance to the mistake. Despite the difficulty of apologizing, this also comes with a rewarding taste of reworking relationships and fostering networks. With all of the limitless options that you can use as an apology gift, here is why balloons in a box are the perfect sorry gift.

They Are Tangible Forms of Sincerity

Sometimes sincerity is best served with an effort that you can see, feel, touch, and appreciate. When people send their apology gifts to someone, chances are, they spent enough effort, time, and thoughts on the balloons in a box. For the gift-giver, this is their way of being sincere to those to whom you owe an apology.

When people’s love language is gift receiving, you bet that your apology gift can help patch a relationship up. It’s like finally finding the key that matches their lock. This is because the recipient completely understands the effort you made in procuring the gift for them.

They Express the Apology for You

Apologizing is hard and not all people are good conversationalists or blunt speakers. Not everyone can speak their hearts out as most people assume. Some have difficulties finding the right words to apologize. In some cases, they cannot muster the courage to express their thoughts even if they badly want to fix relationships.

Are Balloons in a Box Unique Apology Gifts?

Simple yet effective, that’s how balloons in a box work as an apology gift. Who doesn’t love balloons? There is some charm in gifting people with balloons in a box. They are bright, colorful, and aesthetically pleasing to the eyes. In many ways, it helps bring a better mood to your giftee as you let him or her enjoy the gifts.

These I’m sorry gifts can in most ways help distinguish themselves from other forms of apology gifts. For one, balloons in a box deliver intentions and emotions. They can also serve as a surprise gift box for any giftee.

They Are Themed-Specific for Apologies

Another great thing about balloons in a box is how they can fit into a certain theme. With a balloon in a box you can easily customize its content: from the prints to its designs and themes and even the outside box cover if the gift giver so wishes.

As the balloons follow themes, their inherent message of apology becomes clearer. Through its intrinsic design and the simplicity of the balloon, the deliberate messages and pure intentions can properly be conveyed to its near-recipient.

Can you Accompany a Written Card with them?

Many things can incorporate—if not accompany the I’m sorry balloons. From flowers, albums, and even food, the number of gift accompaniments can be endless. That being said, there is only one “tried and tested” item that can best accompany a gift: a greeting message. Think of greeting cards as an item that can reaffirm your sincerity alongside the balloon bouquet.

Greeting cards can also reassure a proper avenue of thought for those who still have difficulties in speaking, let alone apologizing. Balloon bouquet delivery services like Balloons in the Box help place a spotlight not only on the balloons but on the sentimental and remorseful contents of the greeting cards.

About the Author: Dan Libunao 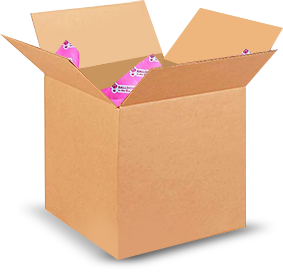 Please enter the zip code of the shipping address to check the next available delivery date for your shipping zone.